The Electric Reliability Council of Texas, Inc. (ERCOT) Board of Directors (board) selects ERCOT’s Chief Executive Officer (CEO), sets overall goals, and guides our direction. The board oversees major functions of ERCOT: open access to the transmission grid on nondiscriminatory terms, system reliability and adequacy, and the retail and wholesale electric markets.  The 11-member board consists of eight directors who are appointed by the State of Texas’ ERCOT Board Selection Committee and who are required by law to not have fiduciary duty or assets in the electricity market for the ERCOT Region, and three ex officio members: the CEO of ERCOT (non-voting), the Public Counsel of the Office of Public Utility Counsel (OPUC), and the Chair of the Public Utility Commission of Texas (PUCT) (non-voting).  All board members are Texas residents.

Chair of ERCOT Board of Directors

Paul Foster is the President of Franklin Management LLC and the founder and former Executive Chairman of Western Refining Inc. He has previously served as Chairman of the University of Texas System Board of Regents as well as a member of the Texas Higher Education Coordinating Board, the University of Texas System Lands Advisory Board, and the El Paso Branch of the Dallas Federal Reserve Bank. Mr. Foster holds a degree in accounting from Baylor University. 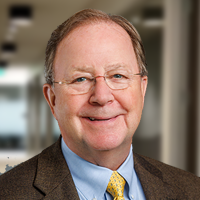 Vice Chair of ERCOT Board of Directors, Chair of Finance & Audit Committee

Bill Flores is an entrepreneur, business leader, and public policy leader. He most recently served as the U.S. Representative for the 17th Congressional District of Texas from 2011 through 2021. Mr. Flores has also served in board governance and senior leadership positions for numerous public and private entities. His work has emphasized job creation and retention while generating significant value for investors, including public company shareholders, private-equity investors, public sector pensions, and retirement funds. Mr. Flores is a Texas licensed CPA, who earned his undergraduate degree in accounting from Texas A&M University and his MBA from Houston Baptist University.

Carlos Aguilar is President, CEO, and board member of Texas Central Partners LLC, a Texas-based company developing the high-speed train that will connect North Texas to Houston. He also serves as a board member of Counterpart International, a leading organization strengthening civil society in over 60 countries around the world. Dr. Aguilar has significant experience leading global businesses and public-private development projects all over the world. Dr. Aguilar earned his undergraduate degree in mechanical engineering from Duke University and a PhD in technological economics from the University of Stirling in Scotland. 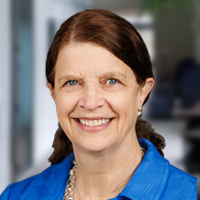 Ms. England currently serves on the board of TTM Technologies, a leading global RF and specialty components, advanced technology, and PCB fabrication solutions supplier. She served as a director of the Federal Reserve Bank of Dallas from 1997 to 2003. Ms. England has also served in executive roles in engineering and technology with Texas Instruments, Inc., including Vice President and General Manager of the company’s Radio Frequency Identification Division. Ms. England holds a BS in chemical engineering and graduate studies in business from Texas Tech University complemented with executive education at Harvard University and Stanford University. She earned a degree in studio art in 2018 from Southern Methodist University.

Robert “Bob” Flexon is a seasoned energy executive with expertise in the power generation and energy marketing, oil and gas, and chemicals sectors. He most recently served as President and CEO of Dynegy Inc. from 2011 through 2018. Before his leadership role with Dynegy, he was CFO of UGI Utilities and CEO of FosterWheeler, a global engineering and construction firm, and COO and CFO of NRG Energy. Mr. Flexon currently serves as Chair of the Pacific Gas & Electric Board of Directors, Chair of Capstone Green Energy, and member of Charah Inc.

Ms. Heeg is an experienced corporate director and business leader who serves on the board of WhiteWater Midstream, a privately held natural gas infrastructure company. She previously served as a Commissioner on the Texas Lottery Commission and has also been a director on numerous boards in the energy sector. Before retirement, Ms. Heeg managed successful law practices with Reed Smith and Norton Rose Fulbright. In her law practice, she advised leading companies on complex energy, regulatory, and corporate governance matters. Ms. Heeg holds an undergraduate degree and law degree from the University of Louisville.

Governor Greg Abbott appointed Peter Lake to serve as Chairman of the Public Utility Commission of Texas on April 12, 2021, for a term set to expire on September 1, 2023. Before his appointment, Mr. Lake served as Chairman of the Texas Water Development Board, the state’s primary water planning and financing agency charged with leading efforts to ensure a secure water future for Texans. Mr. Lake has held a variety of financial roles across a number of industries. Previously, he acted as Director of Research and Head of Automated Trading at Gambit Trading, a member firm of the Chicago Board of Trade and the Chicago Mercantile Exchange. In this capacity, he led the firm’s market research initiatives and directed the development of its first automated trading programs. As one of the firm’s proprietary market makers, he also traded interest rate derivatives, primarily focusing on U.S. Treasury bond futures. He has also served as Director of Business Development for Lake Ronel Oil Company, where he focused on financial analysis of upstream oil and gas opportunities. In addition, Mr. Lake served as Director of Special Projects for VantageCap Partners. In this position, he played a key role in the due diligence, valuation, and transactional aspects of the successful divestment of the firm’s primary investment. Mr. Lake graduated with a BA in public policy with a specialization in economics from the University of Chicago, and he earned an MBA from Stanford University’s Graduate School of Business. Mr. Lake was born and raised in Tyler, Texas.

John Swainson is the Executive Chairman of Travelport, a business-to-business marketplace for travel information, and an Executive Partner at Siris Capital, a technology-focused private equity firm. Before serving in these roles, he was hired by Michael Dell to create and run an enterprise software division within Dell Inc., where he ultimately served as President of the Dell Software Group until its sale in 2016. Mr. Swainson’s career includes extensive experience in software, technology, and business management. He holds a bachelor’s degree in applied science from the University of British Columbia.

President and CEO of ERCOT

President and CEO of ERCOT

Pablo Vegas joined ERCOT in October 2022 as President and CEO. He has a long history of service in both the electric and gas industries. Prior to ERCOT, Mr. Vegas was Executive Vice President of NiSource, and Group President of NiSource Utilities, where he oversaw NiSource’s electric and gas business segments and championed outstanding service to NiSource customers. He served as a versatile executive at NiSource for six years, holding numerous roles, including Chief Operating Officer, Executive Vice President and President of Columbia Gas Group, and Chief Customer Officer. Mr. Vegas had profit and loss accountability for NiSource’s six gas and electric utility companies as well as responsibility for strategy, planning, operations, construction, engineering, regulatory, environmental services, and federal government affairs for NiSource.

Before his career in the regulated utility industry, Mr. Vegas served in senior leadership positions with IBM, PricewaterhouseCoopers, and Andersen Consulting.

Have a question or need help?