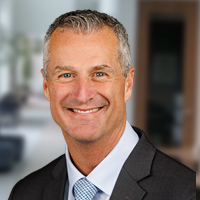 Interim President and CEO of ERCOT

Interim President and CEO of ERCOT

Brad Jones joined ERCOT in May 2021 as Interim President and CEO. He has over 30 years of experience in the competitive electric industry, including growing, developing, restructuring, and optimizing competitive electricity businesses; designing electricity markets; and operating electricity grids across North America. His broad experience includes leading two of the nation’s largest electricity grids, establishing one of the first competitive electricity markets in the United States, and leading the development and expansion of electric generation facilities in Texas. Mr. Jones’ functional experience includes grid operations, risk management, finance, investor relations, government relations, regulatory affairs, business and market development, and project development. Mr. Jones previously served as President and CEO of the New York Independent System Operator and as Chief Operating Officer for ERCOT. He also held several leadership positions at Luminant (formerly TXU), including Vice President of Government Relations. As a result of his leadership efforts during his time at Luminant, Mr. Jones was awarded the Commissioners’ Award from the Public Utility Commission of Texas in recognition of his service to the state of Texas. Mr. Jones has served on numerous professional, industry, and volunteer boards, including the NYISO Board of Directors, Gulf Coast Power Association, and the FutureGen Industrial Alliance, an organization dedicated to the development of zero-emissions coal generation. Jones has also served on Boards of the March of Dimes, Atlas Scholars, and St. Peter’s Health Foundation. He earned a BS in mechanical engineering from Texas Tech University and an MBA from the University of Texas at Arlington.

Jeyant Tamby was appointed as ERCOT’s Chief Administrative Officer in January 2019. He is currently responsible for the strategic vision, planning, and leadership of the Finance, Human Resources, Cyber and Physical Security, Facilities, Enterprise Architecture, Project Management, Strategic Planning, Enterprise Risk Management, Portfolio Management, and Business Continuity functions. Dr. Tamby has more than 25 years of experience in the electric power industry, including about 15 years in leadership roles. His experience within ERCOT includes serving as Chief of Staff and as Interim Chief Operating Officer. He played a key role in the development of ERCOT energy and market systems, as well as risk management and strategic planning. His experience with the electric industry in the United States and Canada, as well as Kosovo, Afghanistan, and sub-Saharan Africa, has provided Dr. Tamby with broad leadership and technical experience, including system operations, market design and implementation, enterprise architecture, and international development and corporate management. Dr. Tamby has a bachelor’s degree in electrical engineering from Anna University in India, and master’s and doctorate degrees in electrical engineering from Queen’s University in Canada. 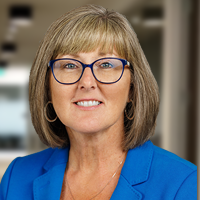 Betty Day was named Vice President of Security & Compliance and Chief Compliance Officer in 2019 after serving in various executive roles since 2011. Her current responsibilities include Security (Cyber and Physical), Compliance, and Facilities. Ms. Day joined ERCOT in 2000 and has more than 30 years of experience in the electric power industry. Prior to joining ERCOT, she was with Central Maine Power as part of a core team to implement market deregulation in Maine. Previously, she spent nine years with East Kentucky Power Cooperative in the areas of load forecasting, load research, and market research. She earned bachelor’s degrees in mathematics and physics from Berea College in Kentucky and attended graduate school at the University of Kentucky. 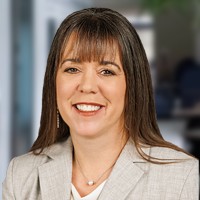 In her role, Mrs. Hobbs oversees ERCOT relations with the Public Utility Commission of Texas (PUCT), enterprise risk management, strategic analysis, project and portfolio management, as well as ERCOT, Inc. business continuity planning. She is also responsible for ERCOT Market Rule development and facilitating the ERCOT stakeholder process. She has over 20 years of experience in the electric industry.

Mrs. Hobbs joined ERCOT in 2002 after serving for two years as a Senior Retail Market Analyst for the PUCT, where she worked with the Commission to implement policy in the Texas electric industry’s transition to competition. During her tenure at ERCOT, she has served in various roles focused on developing relationships both internal and external to the organization. She was named Director of Enterprise Risk Management and Strategic Analysis in December 2013, where she focused on providing the leadership and management necessary to identify, evaluate, mitigate, and monitor the company’s operational and strategic risk, leading ERCOT’s strategic and business planning processes, and providing guidance for the ERCOT governance process, especially as it relates to Market Rules. 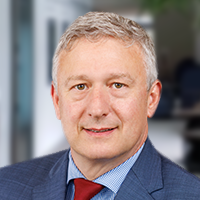 Prior to joining ERCOT in October 2015, Mr. Ögelman served as the Director of Energy Market Policy for CPS Energy. In that role, he was responsible for managing CPS Energy’s activities at ERCOT and the Public Utility Commission of Texas (PUC) and developing strategic policy. Previously, Mr. Ögelman worked as a Senior Economist for the Texas Office of Public Utility Counsel, which represents residential electric consumers in Texas, from 1997 to 2007. 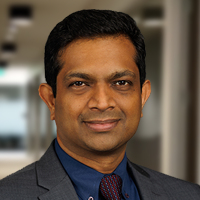 Jayapal Parakkuth has over 25 years of experience in successfully visualizing, designing, and implementing software solutions to various aspects of power system grid control. Prior to joining ERCOT, he served as Principal Key Expert for Grid Control at Siemens Digital Grid, specializing in delivering high-risk, complex projects working with both the product and delivery organization at Siemens. During his time at Siemens, he served as the Lead Architect for delivering mission-critical solutions to ISO/RTOs, like PJM and CAISO. He also previously served as the Vice President for Grid Control at Omnetric Group, which was formed as a joint venture between Siemens and Accenture to drive IT/OT convergence in the power industry.

Mr. Parakkuth has a master’s degree in power systems and power electronics from the Indian Institute of Technology Bombay, and an MBA in information systems and finance from the University of Minnesota. He earned his bachelor’s degree in electrical engineering from the Victoria Jubilee Technical Institute, Bombay. 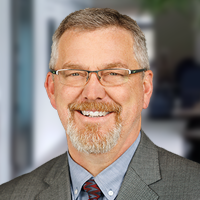 Mr. Rickerson is responsible for guiding new, in-depth generation inspections and coordinating enforcement actions with the Public Utility Commission. He also leads advancements in generation and transmission planning to help meet long-term forecasting needs and ensures that the latest grid and technology changes are incorporated into models used by ERCOT for analysis.

Mr. Rickerson brings a considerable amount of electric industry experience to his position, including more than 19 years at ERCOT in various roles. A licensed professional engineer, Mr. Rickerson has worked for utilities in Texas, Arizona, and New Mexico. He has a bachelor’s degree in electrical engineering from New Mexico State University and a master’s degree in engineering management from the University of Colorado. 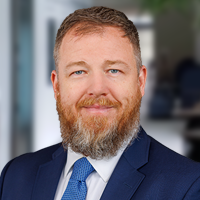 Mr. Seely oversees state and federal regulatory and litigation issues related to the ERCOT region, including market, operational, planning, and compliance matters. In addition, Mr. Seely supervises the Information Governance Program and market rules and stakeholder support groups. Mr. Seely has been with ERCOT since May 2005.

Prior to joining ERCOT, Mr. Seely was an attorney at the Texas Department of Insurance, working on enforcement matters against licensed insurance agents and companies and unlicensed entities before the State Office of Administrative Hearings (SOAH) and the Commissioner of Insurance.

Mr. Seely grew up in Irving, Texas, and received BA degrees in political science and French from Texas Tech University in 1999. He graduated from South Texas College of Law in 2002 and earned awards in South Texas’ esteemed advocacy program.

He has lived in Austin since 2002 and is happily married with two daughters. 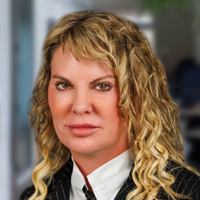 Mara Spak is Vice President of Human Resources at ERCOT. In her role, Ms. Spak oversees all people functions at ERCOT and develops and oversees strategic human resource planning to provide the company with the best talent while also positioning ERCOT as a premier employer.

Ms. Spak has more than 15 years of extensive experience in human resources at diverse corporate entities. She joined ERCOT in 2015 as Director of Total Rewards and Systems and was responsible for the company’s compensation, benefits, human resources systems, and corporate payroll. In 2019, Ms. Spak was promoted to Senior Director of Human Resources at ERCOT and was responsible for all Human Resource functions and programs. Prior to joining ERCOT, she worked in hi-tech and healthcare industries.

Ms. Spak graduated from Southwestern University with a BA in psychology. 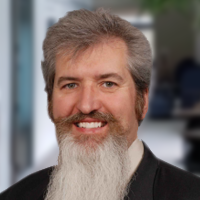 Sean Taylor was named Vice President and Chief Financial Officer in October 2019 after serving as ERCOT’s Controller since joining the company in February 2013. Mr. Taylor has more than 20 years of finance experience in various roles.

Before joining ERCOT, Mr. Taylor spent seven years in the finance department at the Lower Colorado River Authority. Prior to working at LCRA, Mr. Taylor was a consultant performing mergers and acquisition advisory services at PricewaterhouseCoopers in New York City.

Mr. Taylor has a BBA from the University of Michigan. He is a licensed CPA in Texas and New York and a Chartered Financial Analyst Charterholder. Mr. Taylor is a veteran of the U.S. Army, where he served as a forward observer. 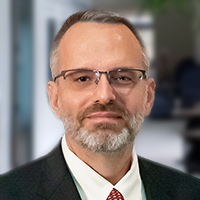 Mr. Woodfin has over 30 years of experience in the electric power industry, including leadership positions in both system planning and system operations for ERCOT.  Prior to joining ERCOT in 2003, he led various generation and transmission planning activities at Central and Southwest Services, Reliant Energy, and West Texas Utilities. He is a member of the Board of Directors of the North American Transmission Forum and has served on various committees of NERC. He earned both a BS in electrical engineering and an MBA from Texas A&M University.